Simply the Best of Southern African's Wildlife and Wonders 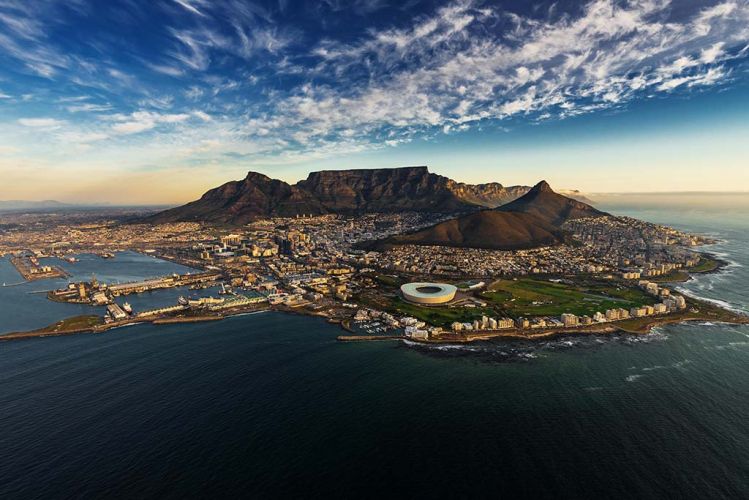 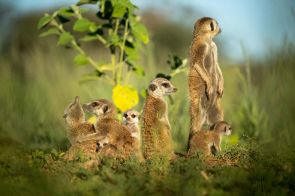 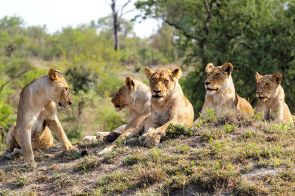 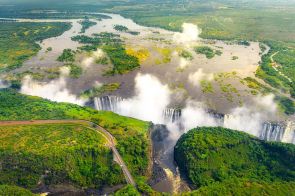 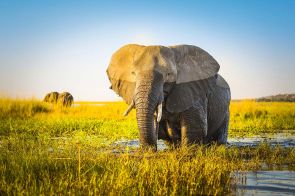 Why you'll love it

This action-packed tour takes you through the very best Southern Africa has to offer, from South Africa's diverse landscapes, to the thundering Victoria Falls, ending in the wildlife wonderland of the Okavango Delta.

Want to experience a little bit of everything Southern Africa has to offer? This tour is jam-packed with our favourite destinations and experiences. Your adventure will start in South Africa's oldest city, Cape Town, where you'll spend four nights. This city is consistently voted a favourite by travellers across the globe, and for good reason! Offering an entertaining combination of pristine beaches, vibey nightlife, some of the best restaurants in the world, an endless range of wine farms, and breathtaking mountain ranges, there's something for every type of traveller.

From here on, you'll go on to spend three nights in the vast Tswalu Kalahari Reserve, one of South Africa's most unique destinations! Think red dunes, rare wildlife, and a restaurant by South Africa's first Michelin chef, Jan Hendrik van der Westhuizen. Next up, you'll spend two nights in the entertainment paradise of Johannesburg before continuing to the Big 5 safari mecca of the world-famous Kruger National Park for a full five nights.

After all that safari excitement, you'll head on over to Victoria Falls for two nights to see the world's largest sheet of falling water and enjoy many adrenaline-fueled activities. Finally, you'll end in the very remote, extremely wildlife-rich Okavango Delta. Phew, this tour truly combines Southern Africa's premier experiences and is simply the best!

Ah, Cape Town! The oldest and Mother City of South Africa, it's a favourite stop for many travellers visiting our continent. Its baffling diversity most impresses our guests, with landscapes changing at every turn. The perfect first stop for your journey, you can spend your four days exploring the many white sandy beaches, impressive mountains like the famous flat-topped Table Mountain, visiting penguins on Boulders Beach, tasting wine at the many, many award-winning wineries, and more.

The culture and history of this town is another drawcard, from Robben Island where Nelson Mandela was imprisoned to the rainbow-coloured houses lining cobblestoned streets in the Bo-Kaap. Cape Town is also home to three of the world's best restaurants! There's no shortage of adventure and entertainment in this city!

South Africa's largest private game reserve, Tswalu Kalahari Reserve, is packed with unique wildlife, flora, and fauna to admire. With a very distinct ecosystem, Tswalu has become a bit of a haven for some endangered species like the pangolin and aardvark. From game drives, walking safaris, horseback safaris, stargazing, studying the archaeological sites, and sleeping out under the stars, you'll be in adventure heaven.

Oh, and not to forget about the cuisine! South Africa's very first Michelin chef, Jan Hendrik van der Westhuizen, travelled back from his restaurant in France to open a proudly South African restaurant Klein Jan right here at Tswalu. Feast on Michelin-quality food in one of the world's most unique settings.

Next up, you'll fly to Johannesburg, South Africa's "City of Gold" as it's a mining mecca. It's also an entertainment and shopping paradise, with plenty of high-end stores.

Although this is more of a stopover destination to your next stop, we added another night so that you can go out and see what Africa's business and shopping capital looks like! There's also a rich history in the city, from the Apartheid Museum to the Hector Pieterson Museum and Nelson Mandela's old home in Soweto.

Get those Vellies and khakis ready, it's Kruger time! An adventurer like you probably needs no introduction to South Africa's wildly famous Kruger National Park. Home to some of the most luxurious safari lodges and offering prime Big 5 and other wildlife viewing, you'll never get bored!

The park, roughly the size of Wales, is overflowing with 1,982 plant species and home to more than 517 bird, 120 reptile, 174 mammal and 35 amphibian species, so you'll see something new and exciting every day. The many private game reserves within the Kruger concession allows you an even more exclusive and adventurous experience, from open game drive vehicles that can go off-road to follow the animals, night and walking safaris, and many more!

Next up, it's time to switch from land to water-based adventure! Victoria Falls is the world's largest sheet of falling water and is so magnificent that it has been named a UNESCO World Heritage Site. Marvelling at its majesty is enough reason to visit Zimbabwe, but there's much more to see and do too.

Known as Southern Africa's adventure capital, you can enjoy exhilarating activities like bungee jumping, micro lighting, helicopter flips, zip-lining, and taking a dip in nature's very own infinity pool set on the edge of the Victoria Falls cliff. Needless to say, it's not for the faint-hearted! Slow things down a bit with a leisurely sunset cruise, walking tour, or local village and market tours. Your two days here will be filled with fun!

The final stop of this unbelievable tour is the Okavango Delta in Botswana. As the largest inland delta in the world, it's a genuinely unique setting that seems to defy logic – and even science, by flooding in the dry season. A water paradise that lures many animals to quench their thirst, the game viewing is out of this world. Another very remote destination, you can only reach most of the lodges by boat or a small aircraft.

Other than your standard safari experiences like game drives, you can look forward to a mokoro safari, a traditional dugout canoe, gliding silently on the water for a different perspective, or even a helicopter flight for a bird's-eye view. The Okavango Delta is known for being home to the Big 5 and the largest elephant population in the world! You will certainly end your African on a high note here.

All your burning questions answered

Need more? We're one step ahead! Here's the answers to all the questions you might be wondering about...

Is this a package deal or what's included?

This tour is simply a suggestion to get you dreaming as all of our tours are tailor-made. Therefore, the cost and what's included and excluded will depend on what we plan for you.

Where should I stay for the stops on these tours?

The list is too long to mention here! But don't worry, our Travel Experts have first-hand experience of every accommodation type they will recommend. From private exclusive-use villas, classic luxury hotels, more intimate boutique hotels, safari lodges, tented camps, and much, much more, you have plenty to choose from.

When is the best time to visit for this tour?

Because this tour includes so many destinations, it's impossible to answer this question accurately! However, there really is no bad time to visit Africa, with each season promising its own highlights. Our Travel Experts will advise you on  exactly when and where you need to go for the ultimate experience.

Okay, so let's get down to business. How many days do I need to set aside for this tour?

How much time do you have? There's never enough time in Africa! However, for this jam-packed tour featuring so many excellent destinations, we suggest a minimum of 19 days.

Your Holiday at a Glance

Ready to jet, set, go? Give us your wish list and leave it to us to make it happen!

Haven't quite found what you're looking for?

Here are some other tours to spark your imagination.