Best of East Africa on this Classic Luxury Safari Tour 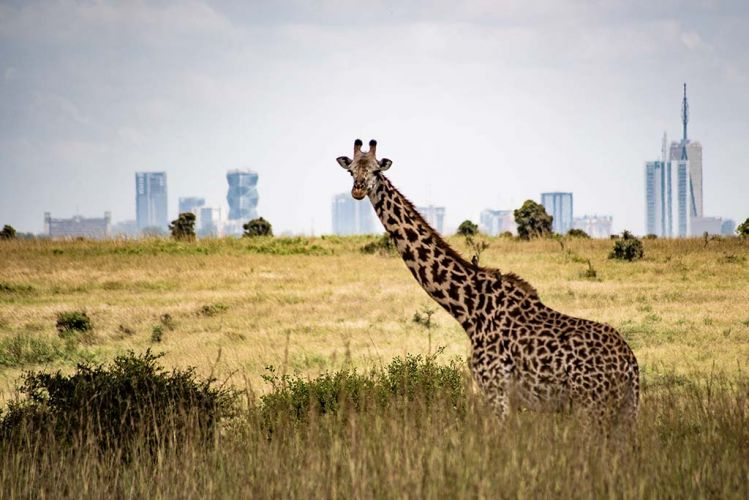 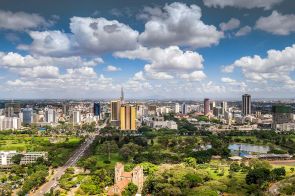 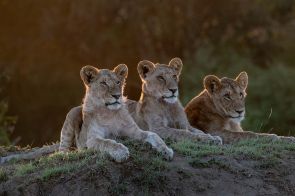 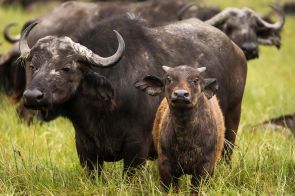 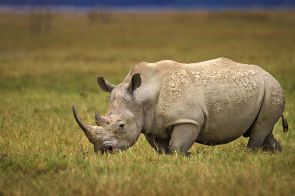 Why you'll love it

You can't go wrong with our classic luxury East Africa safari tour. Packed with safari activities taking you through the very best Tanzania and Kenya has to offer, you'll feel like you've stepped right onto the set of the film Out of Africa!

You'll start your East African safari in Kenya's capital of Nairobi for one night. Although you might just have one day, don't miss the opportunity to explore its selection of restaurants, museums like the Karen Blixen Museum and nightlife before you continue on your adventure.

Next up, it's time to hop on over to neighbouring country Tanzania to visit its Ngorongoro Crater for one night, a UNESCO World Heritage Site that's filled to the brim with wildlife, including the Big 5. Finally, end your journey in the Tarangire National Park for your final night, home to the second-highest concentration of game in the country. If you're coming to Africa for safari and safari only, this tour is for you as it's absolutely packed with safari adventures!

Nairobi is known for being the gateway to Kenya. However, you should not overlook its many treasures! From the iconic backdrop of Africa's largest and second-largest mountains, Kilimanjaro and Mount Kenya, to the vibrant cultural hub of the city itself, you should definitely take some time to explore the highlights.

These include paying the Karen Blixen Museum a visit, where you'll recognise many of the scenes from Out of Africa that was filmed here. Sample some of the local cuisine at the many restaurants, explore the bustling nightlife, and start your stay in Kenya on a high note.

The vast savannah plains of the Maasai Mara National Park in Kenya offers prime game viewing. With around 100 mammal species and 50 birds of prey, dramatic scenes unfold at every turn of your safari drive. That's why we recommend you stay a minimum of two nights!

Best known for being host to part of the annual Great Migration, if you time your stay right (we'll take care of that!), you can see these wildebeest stampede the plains and crossing rivers with your very own two eyes. But even when you visit when Mother Nature's greatest show is not in town, there's still more than you could've ever dreamt of to see and do in this safari heaven!

If you've ever fantasised about Africa (of course you have!), then you were probably picturing the Serengeti National Park's vast plains, flat-topped acacia trees and spectacular red sunsets. It has been the setting for so many famous wildlife documentary films because of the non-stop action the animals always deliver!

A World Heritage Site that's also a stop on the Great Migration's long annual journey, there are plenty of ways to admire the action, including the exhilarating hot air balloon safari. There's just nothing like floating above the wilderness for a bird's-eye view! You'll spend two nights here but end up wishing it was more!

As the only intact caldera in the world and part of the Ngorongoro Conservation Area, a UNESCO World Heritage Site, simply being in this setting with unique fauna and flora is remarkable enough. There's even talk that the Ngorongoro Crater was higher than the highest mountain, Kilimanjaro, before this volcano erupted.

Add to it a thriving Big 5 population as well as plenty of other animals, including a whopping estimated 6,000 wildebeest! Another highlight on this stop of your tour would be getting to know the local Maasai way of life in the nearby cultural villages.

Finish your adventure of a lifetime through East Africa in Tarangire National Park for your final night. A bit more off the beaten track than your other East African safari destinations but no means less spectacular, this park has large herds of elephants and plenty of the iconic bloated baobab tree.

In the dry season, wildlife gather around the Tarangire River, promising unbelievable sightings, such as seeing predators and their prey quenching their thirst close to one another! This final stop is also paradise to birders, with over 500 bird species recorded here.

All your burning questions answered

Need more? We're one step ahead! Here's the answers to all the questions you might be wondering about...

Is this a package deal or what's included?

When booking an African tour with Veldskoen travel, we tailor-make the package specifically according to your wants, needs, what we recommend when considering seasonality, what activities you wish to partake in, and more.

Therefore, the price of this tour and what's included and excluded will depend on various factors, including but not limited to availability, seasonality, what type of accommodation you choose, activities you wish to participate in, and many more.

But don't worry, our Travel Experts will work closely with you to ensure it's nothing but smooth sailing and exactly what you've always dreamt of!

Where should I stay for the stops on these tours?

Now that's a loaded question! Because Kenya and Tanzania are such sought-after safari destinations, there are plenty of accommodation types for you to choose from.

Whether you might prefer a luxury tented camp, staying in the treetops for a unique view, or a classic safari lodge, you can take your pick! We'll help you select the best accommodation for the time you visit (for example, if you're here during the Great Migration, it's essential to choose the right accommodation to avoid disappointment!).

When is the best time to visit for this tour?

Both Tanzania and Kenya are considered year-round destinations. However, the peak time to visit Tanzania is from late June to October.

On the other hand, the peak time to visit Kenya is when the wildebeest are in town, from July to October, and again from January to March.

Okay, so let's get down to business. How many days do I need to set aside for this tour?

For this specific tour, we recommend a minimum of eight days to experience each destination's highlights. However, it's really up to you! You'll quickly find that there's never enough time to satisfy your wanderlust for Africa.

Your Holiday at a Glance

Ready to jet, set, go? Give us your wish list and leave it to us to make it happen!

Haven't quite found what you're looking for?

Here are some other tours to spark your imagination.